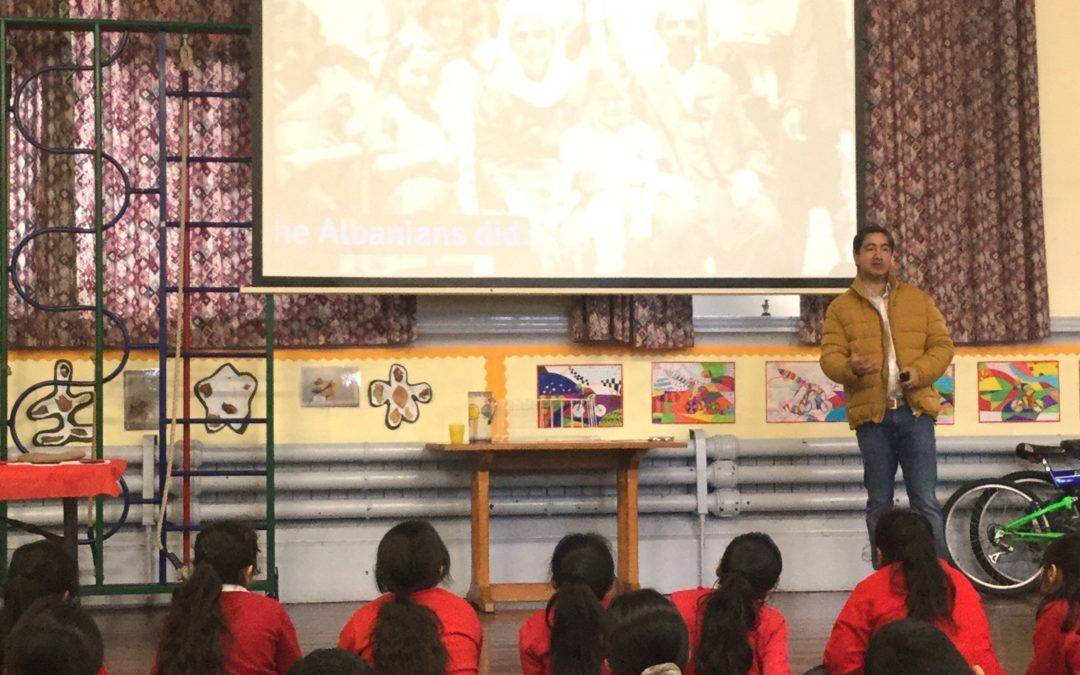 Pupils commemorated International Holocaust Memorial Day by learning how the people of Albania and of North Africa helped protect Jewish people from genocide.

Holocaust Memorial Day, held on 27 January each year to mark the liberation of concentration camp Auschwitz, is an international day of remembrance for the millions of people murdered in the Holocaust, under Nazi Persecution, and in the genocides which followed in Cambodia, Rwanda, Bosnia, and Darfur.

A workshop was delivered on 29 January to Year 4, 5 and 6 pupils by community and military historian Jahan Mahmood, a former lecturer at the University of Birmingham. It outlined the real life story of Albanian and Arab Muslims who saved the lives of Jews who were pursued by German soldiers across Europe and North Africa.

The children learned this was because of Albania’s ancient tribal honour system called Besa, which still today serves as the highest ethical code in the country. Besa, means ‘to keep the promise’ and means strangers must be shown hospitality or risk bringing shame and dishonour on their family. Both Muslim and Christians took Jews into their families and communities, giving them Albanian clothes to wear, false local names and fake documentation.

The Albanian government also played its part by issuing Jews from across occupied Europe visas to enter the country and also refusing to hand over any lists of Jewish people to the Nazis.

Albania was the only country occupied in World War Two that actually increased its Jewish population from 200 before the war to 2,000 on its conclusion, offering a safe haven for those fleeing persecution.

“It was a privilege for our school to mark Holocaust Memorial Day by hearing about the bravery of the Albanian and North African Arabs in saving Jews from extermination by the Nazis. The accounts they heard enabled our students to reflect on the terrible consequences of prejudice and discrimination and to pay tribute to the strength and humanity of those who survived and those who offered them shelter during the darkest of times.” 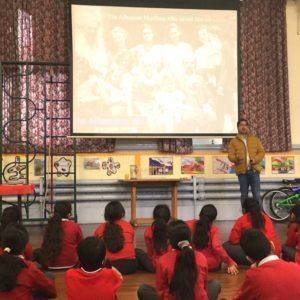