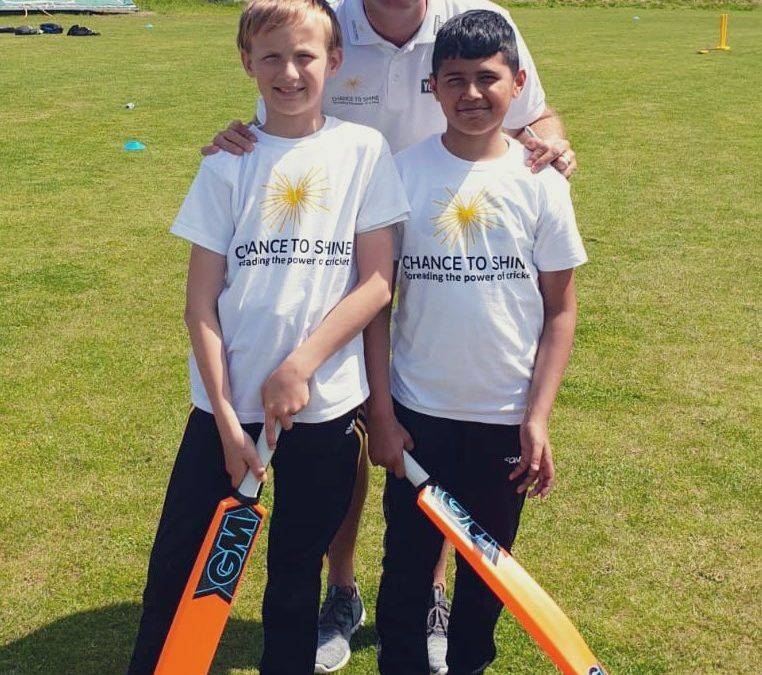 Pupils enjoyed a once in a lifetime opportunity to meet England cricket heroes.

At a Yorkshire Cricket Foundation event, as part of National Cricket Week, the primary school pupils were given the opportunity to play alongside former England and Yorkshire cricketers Michael Vaughan and Danielle Hazell. The day of activities, organised by the Chance to Shine charity, aimed to encourage more children to take up the sport as well as inspire those that already play cricket.

Vaughan and Hazell joined the pupils as they took part in a series of cricketing activities including visually impaired cricket and learning a celebratory World Cup dance! The pupils also had the opportunity to play alongside the two England stars, receiving some useful batting and bowling tips to help improve their games. The day ended with a question and answer session, where the pupils asked the cricket legends about their sporting careers.

The Chance to Shine charity aims to show there should be no boundaries to playing cricket and to give all the 500,000 children it works with each year the opportunity to play, learn and develop their personal, social and physical skills through the sport.

“It was fantastic meeting two England cricketing heroes and really inspired me to carry on playing. Their tips and advice have really helped me to improve my cricket skills.”

“The children were so excited about meeting such accomplished cricketers. It was also a great opportunity to celebrate the sport and to inspire the children to stay fit and healthy by taking part in cricketing activities.” 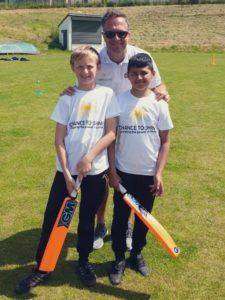 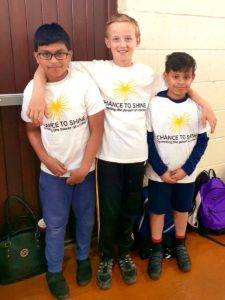 PUPILS pick up some useful tips during a match with England cricket legend Michael Vaughan.